The Royal Commonwealth Society (RCS) is a network of individuals and organisations committed to improving the lives and prospects of Commonwealth citizens across the world. Through youth empowerment, education and high-level advocacy, the Society champions the importance of literacy, equality and inclusion, the environment and connected communities across the Commonwealth’s 56 member nations.

The RCS’s unique position within the Commonwealth family allows it to play a pivotal role in convening and connecting the Commonwealth’s political and diplomatic representatives, civil society, business, and youth leaders, on a wide range of issues as well as to deliver highlights of the Commonwealth calendar, such as the annual Commonwealth Service at Westminster Abbey and the High Commissioners’ Banquet at Guildhall.

Founded in 1868, the RCS is non-partisan, independent of governments and relies on public generosity to achieve its mission.

Our 2020-2025 Strategic Plan outlines how we will focus on four impactful areas: literacy, equality and inclusion, the environment and connected communities to best contribute to our vision: to improve the lives and prospects of all Commonwealth citizens.

Over the next five years, we will:

Our four key areas are:

Find out more about how we aim to achieve these aims and our goals for the next five years.

The History Of The Royal Commonwealth Society

On 26 June 1868, a group of individuals in London established a ‘literary and scientific body’ dedicated to the greater understanding of what were then British colonies. A year later, it was granted a Royal Charter from Queen Victoria. In the early decades of the twentieth century, the Royal Commonwealth Society became increasingly progressive, admitting women as members from 1922, and encouraging a young and diverse membership.

In the latter half of the twentieth century, the Society became a centre for the exchange of ideas and provided a platform for a number of African leaders in their drive to defeat apartheid. These included Ghana’s first Prime Minister, Kwame Nkrumah in 1957, Oliver Tambo, Thabo Mbeki, Chief Buthelezi and Desmond Tutu in the 1980s and Nelson Mandela in 1990.

Over the years, the role of the Society has evolved to meet the changing nature of the Commonwealth celebrating its 150th anniversary in 2018 and announcing Her Royal Highness The Duchess of Cornwall as inaugural Vice-Patron. Through youth empowerment, education and advocacy, the RCS champions literacy, equality and inclusion, the environment and connected communities. 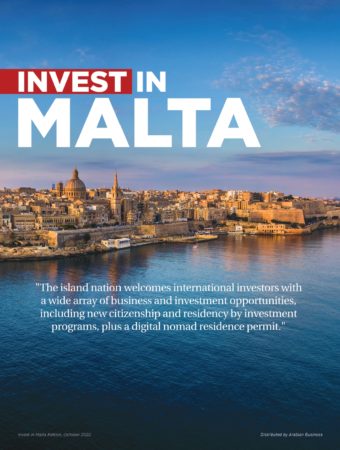 The island nation welcomes international investors with a wide array of business and investment opportunities, including new citizenship and residency by investment programs, plus a digital nomad residence permit. 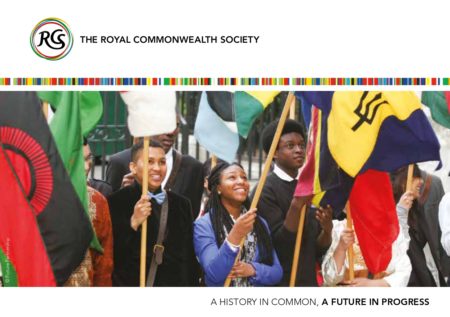 The Society engages with its youth, civil society, business and governmental networks to address issues that matter to the citizens of the Commonwealth. Its primary focus is the promotion of young people throughout the Commonwealth 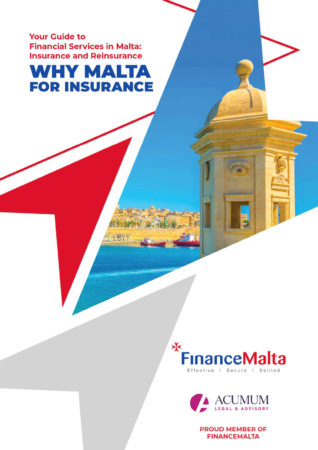 Why Malta For Insurance

Our insurance sector has gained global attention. Most major names in the industry have operations on the island. Explore our unique selling points to find out whether Malta could be the right choice for you too. 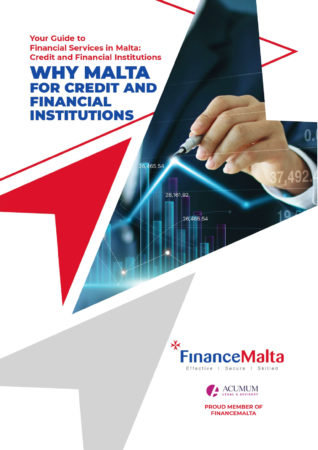 Why Malta For Credit and Financial Institutions

We host banking institutions hailing from the UK, Turkey, Qatar, the US, Czech Republic, Finland, Bahrain, Ireland, Greece and Holland. Our banking model is diversified, and most banks don't rely on wholesale funding. Why Malta For Fintech

Develop and test your products on our small but incredibly diverse local market. Cost effective solutions. Join our Regulatory Sandbox and find support in our Innovation Hub. 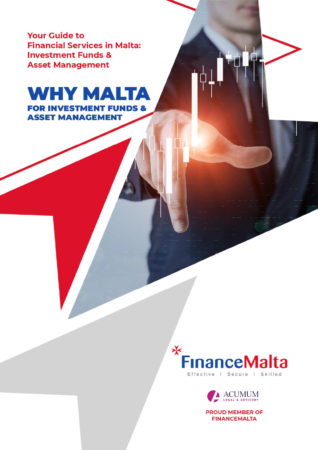 Malta has established itself as a popular jurisdiction for alternative investments due to its flexible and innovative yet mature regulatory environment and a wide range of fund products. 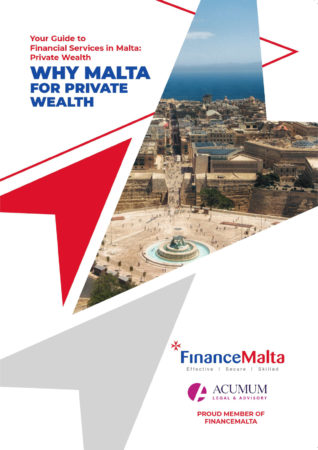 Why Malta For Private Wealth

We are one of a few EU domiciles offering both trusts and foundations. In the wealth management space, we have established ourselves as a cost-effective outsourcing partner. Our service providers can assist clients in setting up structures such as trusts, foundations, funds and corporate vehicles. 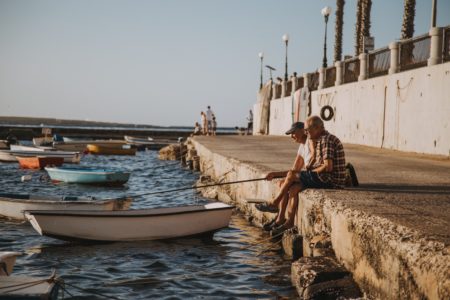 Malta Citizenship By Naturalisation For Exceptional Services By Direct Investment 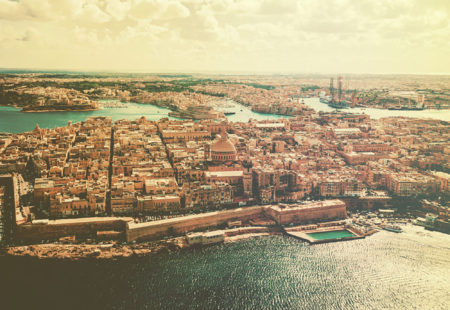 By far the most popular corporate structure is that of the limited liability company ‘Ltd’, however, there are a number of structures available, the following being the most commonly used. 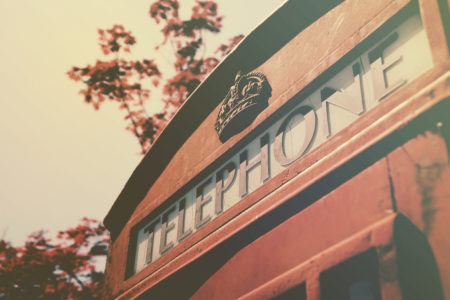 With its corporate laws based upon those of the UK, Malta has utilised tried and tested corporate laws and principles into its own legislations; providing comfort and security to the commercial and business community.

As founder and managing partner, Geraldine devotes focused time, passion and extensive expertise towards overseeing and directly managing operations of the Acumum group of companies.

Alongside management responsibilities, her role also encompasses a diverse range of client work, including advisory services and agreement drafting.

Geraldine’s legal career spans more than 30 years, with positions held in the UK, Switzerland, the US, Malta and the Cayman Islands, and experience including legal, tax and corporate services. Widely recognised and acknowledged for her professional achievements, which include winning Citywealth Power Women Award for three consecutive years, Geraldine is a registered barrister in England & Wales and Republic of Ireland.

Away from work, Geraldine relishes spending quality time with her dogs and enjoys the pleasure of good food.

Director of Compliance and MLRO

Holding a key position, Michael’s important focus is on establishing and maintaining a rigorous and robust approach to governance for the Acumum group of companies.

Within his compliance remit, Michael works with the group’s licenced entities, ensuring adherence to the conditions of their respective functions and meeting regulatory requirements. His role provides solid oversight of all internal due diligence and anti-money laundering (AML) systems, including relevant policies, procedures and professional relationships.

Possessing over seven years’ experience within the compliance / anti-money laundering function, Michael’s career before joining Acumum saw him working for the Personal Tax Division of KPMG and within the Corporate Services and Trustee Divisions of several leading Maltese law firms such as Fenech & Fenech and Camilleri Preziosi.

Michael’s wide range of interests includes architecture, history and antiques. Outside of the office, he enjoys turning his hand to cooking and his attention to books.

A registered Maltese barrister, John’s role within the Acumum group of companies encompasses a wide range of functions, services and specialisms.

Among areas covered are corporate law, trusts & foundations, immigration law and intellectual property. John also supports the ongoing commitment to compliance and prevention of money laundering activities and counter terrorism financing. He further specialises in the law of voluntary organisations and legal persons.

John holds a Bachelor of Laws (Hons) from the University of Malta and Masters of Advocacy from the same widely recognised institution. He has a Foundation Certificate in Trusts Law & Management and was admitted to the Maltese Bar in 2019.

A passion for art and antiques absorbs some of his personal time, along with enjoyment of cooking and the pleasure of reading.

Ensuring the smooth day-to-day office and administration function of the Acumum group of companies rests in Michelle’s trusted hands, along with numerous other roles and responsibilities.

Among these are assisting the managing partner, database management, supplier relationships, client invoicing and monitoring of disbursements. Michelle also supports the group’s international clients, arranging transport and accommodation as needed and assisting them with any requirements. Her remit also includes responsibility for the immigration programme.

The experience and competence required for such a diverse range of roles and responsibilities come from over 15 years’ working within the legal profession.

Michelle’s personal interests include a passion for travel, the thrill of snowboarding and the peaceful pleasure of reading.

Away from work, Hannah enjoys swimming and reading.

Away from work, Hannah enjoys swimming and reading.

Benedict encompasses a diverse range of client work, including citizenship, residency, and corporate services. He is responsible for business development, particularly bringing in private high net worth and family office clients.

Away from work, benedict enjoys swimming and travelling.

Away from work, Geraldine enjoys sailing, boating, looking after her pets and photography.